It’s no secret “Extra” host Mario Lopez is obsessed with his body. Have you seen his abs, Turns out, he wanted girlfriend Courtney Mazza to be just as obsessed with her body. The two met in 2008 while performing in the Broadway revival of “A Chorus Line” and when Mazza moved to California a year later, they began dating and the pressure was on. A source told the New York Post that Lopez wanted Mazza to be in better shape than she already was and, “He encouraged her to work out with a trainer every day. She underwent a boob job and liposuction last spring. Once her body was perfect, he arranged for them to be photographed on a beach. Mario is obsessed with his image. He spends a lot of time working out and he expects his girlfriend to do the same.”

Lopez embraces his obsession with fitness. He told TV Guide, “I never feel awake unless I’m sweating.” He said he exercises daily, whether it be running, biking, playing basketball, swimming or boxing. Lopez’s spokesperson responded to the rumours about the couple by saying, “This is silly. Mario and Courtney are very much in love and focusing on the birth of their first child.”

Mazza is expecting their baby in September. Lopez recently wrapped up season five of “America’s Best Dance Crew,” which he hosts. He landed the gig after placing as runner-up on “Dancing With the Stars.” 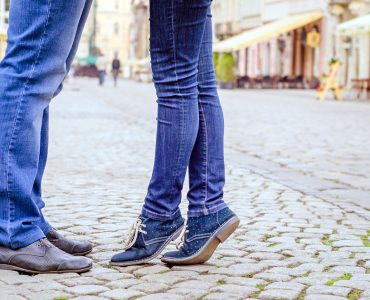