Singer/actress Jennifer Lopez told Redbook magazine that she was fraught with guilt when she returned to work, leaving her twin babies behind. She gave birth to Max and Emme in February 2008 and didn’t start acting again until filming “The Back-Up Plan” last year. Lopez was surprised by the guilt she felt after leaving the twins with husband Marc Anthony and a nanny, but she did. She admitted, “I never expected to feel the guilt of not being able to be there for them at every single moment. You feel guilty whenever you can’t have your kids right there with you on your hip. And for me there’s two, so it’s bad back and bad arm time having a 50-pound kid on each side.”

In the romantic comedy “The Back-Up Plan,” Lopez plays a woman who conceives twins through artificial insemination and then meets her true love later that day. Lopez co-stars with Alex O’Loughlin in the film, which is due out this month in the US and in May in the UK. She recently told WENN that she couldn’t imagine going that route herself, “If I hadn’t met (husband) Marc (Anthony) I wouldn’t have kids. It’s just too hard. I have so much respect for single moms or those women who find themselves a single mother.”

Lopez has returned to her musical career, too. Her “Love,” album comes out this summer. Two tracks have already been released as singles, “Fresh Out the Oven,” featuring Pitbull, and “Louboutins,” both hits on the dance charts. 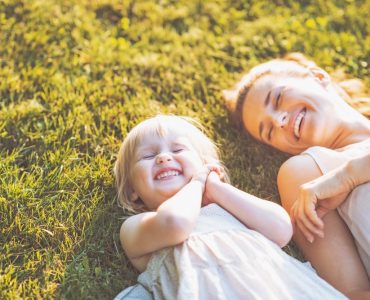 Parenting Tips on How to Breastfeed Twins